Also known as a surgical gastroenterologist, these are specialists who specialise in surgeries of the oesophagus, stomach, small intestine, large intestine, and rectum. SPS Hospitals medical staff consists of some of the best gastroenterologist surgeons in India who are equipped with the latest tools and medical innovations to successfully perform minor and major surgical procedures. Our team of experts are reputed for their adept surgical interventions in the case of appendicitis, colon cancer, diverticular diseases, gallbladder diseases, gastroesophageal reflux disease (GERD), Crohn’s disease, ulcerative colitis, hiatal hernias, and rectal prolapse. 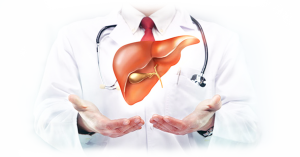 Bariatric surgical procedures cause weight loss by restricting the amount of food the stomach can hold, causing malabsorption of nutrients, or by a combination of both gastric restriction and malabsorption. Bariatric procedures also can cause hormonal changes. Most weight-loss surgeries today are performed using minimally invasive techniques (laparoscopic surgery).

The most common bariatric surgery procedures are:

Among cancers that affect both men and women, colorectal cancer is the 2nd leading cancer killer in the U.S. But it doesn’t have to be. There is strong scientific evidence that screening for colorectal cancer beginning at age 50 saves lives!

WHAT IS COLORECTAL CANCER?

Cancer is a disease in which cells in the body grow out of control. Cancer is always named for the part of the body where it starts, even if it spreads to other parts of the body later. Colorectal cancer is cancer that occurs in the colon or rectum. The colon is the large intesne or large bowel. The rectum is the passageway that connects the colon to the anus.

Colorectal cancer usually starts from precancerous polyps (abnormal growths) in the colon or rectum. A polyp is a growth that shouldn’t be there.

WHAT ARE THE SYMPTOMS OF COLORECTAL CANCER?

People who have polyps or colorectal cancer don’t always have symptoms, especially at first.

Someone could have polyps or colorectal cancer and not know it. If there are symptoms, they may include:

If you have any of these symptoms, talk to your doctor. They may be caused by something other than cancer. However, the only way to know what is causing them is to see your doctor

SPS Hospitals have years of experience in treating GI and Liver diseases. We are constantly in touch with the latest research in the field. Therefore, our liver disease specialists look for holistic and minimally invasive ways to treat the condition if possible. We understand that GI and liver diseases can be hard to deal with, and hence our main concern is to support our patients throughout their journey to live healthy lives.

We host state-of-the-art infrastructures, a team of dedicated doctors and well-trained (ACLS Certified) nursing staff, along with top-quality medical equipment. With SPS Hospitals at their service, patients need not desperately search for that “Liver ka doctor” online or elsewhere.

Our patients vouch for the fact that they are supported thoroughly in their journey through diagnosis, treatment, as well as post-recovery period. Our skilled doctors are readily available 24/7 at your service. We aim to treat gastroenterologist liver diseases in a holistic manner, informing our patients every step of the way.

SPS Hospitals have various specialised departments for different types of medical issues. In addition to having dedicated Cardiology, Neurology, General Medicine, Rheumatology, etc., we also have a specialised GI and Liver department for our patients.

When to consult a doctor for a liver problem?

Patients are usually referred to a liver specialist by a general practitioner after going through their symptoms and test results or suspecting a liver issue. Liver specialists may look at issues like Cirrhosis, alcohol damage to the liver, Hepatitis, Fatty liver disease, cancer, autoimmune diseases or other issues affecting the liver.

Is liver transplant a critical surgery?

A liver transplant is a major surgery which may go on for about 6-12 hours, depending on the condition of the patient. The patient will be informed about his condition and pre and post-operative procedures in detail. The patient will also be provided with prime care before and after the surgery to make the recovery period smooth at SPS Hospitals.