The World Vitiligo Day, observed on June 25 to educate people about vitiligo and create awareness about this rare skin disease which occurs due to a lack of melanin, that is, loss of pigment creating pale white patches on the skin. Vitiligo Day was introduced as this disease is often met with misconceptions of being a transferable disease on touch.

Vitiligo can start at any age, but usually appears before age 30.

Depending on the type of vitiligo you have, it may affect:

It’s difficult to predict how this disease will progress. Sometimes the patches stop forming without treatment. In most cases, pigment loss spreads and eventually involves most of the skin. Occasionally, the skin gets its color back.

Vitiligo occurs when pigment-producing cells (melanocytes) die or stop producing melanin — the pigment that gives your skin, hair and eyes color. The involved patches of skin become lighter or white. It’s unclear exactly what causes these pigment cells to fail or die. It may be related to: 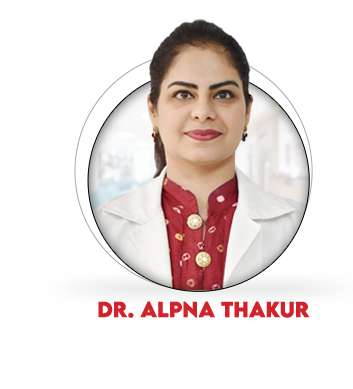 Dr. Alpna Thakur is a trained dermatologist and aesthetician with over a decade of experience in handling dermatological patients. She is expert in dealing with cases concerning Dermatology, Pediatric dermatology, Trichology and Aesthetics. With both national and international publications, she believes in personalized treatment for every patient and is an ardent advocate of patient education.

Request a Call Back