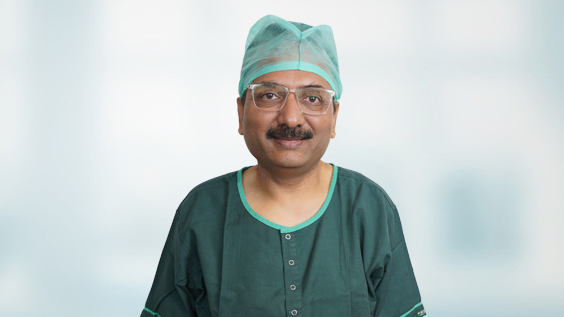 Dr. Anupam Shrivastava did his post graduation (M.D. Anesthesiology) in 1993. After working in various hospitals, he joined SPS Hospital, Ludhiana in 2005. At SPS Hospitals, he developed the Cardiac Anaesthesia Services and Critical care department. He was also crucial in developing resuscitation services at SPS Hospital and serves as Chairman of Code Blue committee in the hospital since the inception. He was instrumental in developing teaching programs in Critical Care, currently running IDCCM, IFCCM, IDCCN and DNB programs. He is founder Chairman of Ludhiana Chapter of Indian Society of Critical Care Medicine. He has also acted as Past President of North Zone Association of Cardiothoracic Anesthesia (NZACTA).